5 Minutes with an Entomologist: What you don't know about Nits!

With school back in full swing, so are those pesky parasites that make kids itch, and parents across Australia twitch.

In preparation for the new school year, NitWits sat down with Ian F Burgess, one of the world’s leading entomologists to talk all things lice. Currently heading the UK’s Insect Research and Development Limited, Burgess has worked closely with NitWits to create the innovative NitWits, All in One formula. 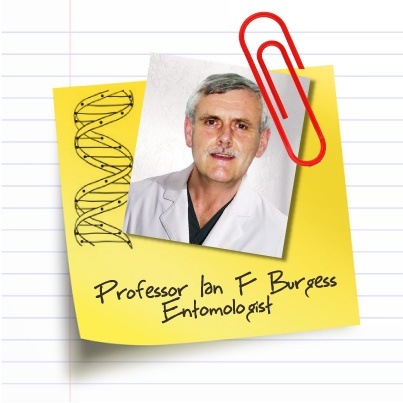 1. If left untreated, what are the ramifications of head lice?

Obviously if left untreated in any way the numbers of lice build up and with them the possibility of irritation. The real problem is if you scratch your head and get a bacterial infection. Impetigo of the scalp is almost exclusively linked with head lice infestation.

2. Are children more at risk of head lice? If so, what are the reasons?

Children do get head lice more, because they spend more time in close contact with their peer group and don’t have much inhibition about close physical contact..

3. Does gender play any kind of role in attracting head lice? E.g Are females more prone?

Lice are not attracted to one gender more than the other. However, girls spend more time in “close” play and closer personal contact than boys – so they have more chances to pass them around. Also if you have long thick hair it makes it much harder to find lice – so girls often have more of them for longer.

4. Is it true that African-American children get head lice much less frequently than children of other backgrounds do because of a difference in the structure of the hair shaft?

The African-American story is a modern myth. Studies conducted show that children of African ethnic origin are just as likely to get head lice and the lice are not physically different in any way.

5. What are the common misconceptions/ myths people have about head lice?

How long have you got? One of the most quoted of modern myths is that “lice like clean hair” – who wouldn’t? But cleanliness has nothing to do with getting or keeping lice – it was a saying created to convince middle class families that they were just as much at risk as anyone else.